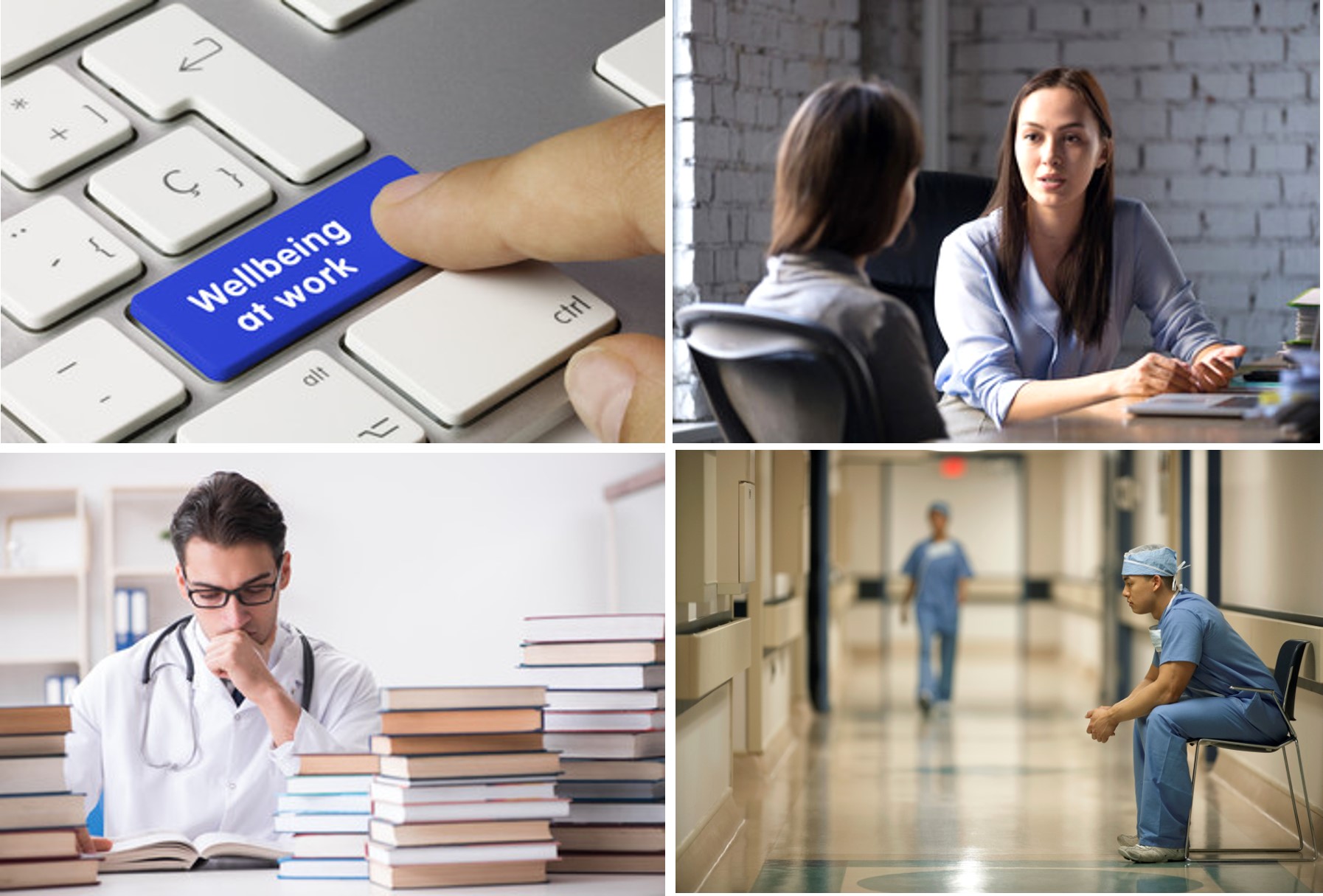 Support available to doctors in training via the PSW service

We all face personal and professional difficulties that have an impact on how we feel and perform in the workplace and throughout their years of training doctors and dentists from all walks of life can come up against numerous challenges. Whether that be struggling with exam failure, a bereavement, mental or physical health problems or even cultural and language related challenges, the PSW service provide one-to-one specialist support through our external providers to help doctors through these difficult periods.

Support services available to doctors in training can range from one-to-one counselling, coaching sessions, study support, dyslexia screening and full diagnostic assessments, or referral to Occupational Health. Click on the below headings for more information.

The PSW service will explore various support options to try and find out what is best for each doctors individual needs. Please note that we are unable to offer advice on clinical knowledge, nor are we able to influence recruitment or ARCP decisions.

What is Study and Exam Support?

Many doctors in training access the PSW service if they are struggling to pass an exam. They may have also recently discovered they are dyslexic or have another neurodiversity diagnosis. Our study and exam support will encourage you to reflect on how you approach problems and exams in order to find solutions unique to your needs. The support plan will provide techniques and guidance with the following:

Who delivers Study and Exam Support?

We use a wide range of external providers who deliver up to 6 hours of free one-to-one study and exam support. Whilst not clinicians, our providers have vast experience of supporting doctors and dentists in training to progress with their postgraduate medical training. Support is flexible and will be tailored to your circumstances.

PERFECT DAY is an intervention that is currently only available to General Practice doctors in training. It aims to enhance consultation skills at any stage of training but can be particularly helpful in preparing for the RCA. To find out more email psw.em@hee.nhs.uk

Neurodiversity refers to the variations we all have in terms of our individual neurocognitive ability. Everyone has diverse talents and individual struggles. However, for some people the variation between those strengths and challenges is more pronounced and a neurodiversity condition may be present. The PSW service supports doctors in training to recognise if they may have any neurodiversity condition which may be impacting on areas of their training and provides coping strategies to overcome these and give them the best chance to succeed.

What are examples of neurodiversity conditions?

The below are the most frequent occurring conditions identified in the workplace - these are classed as disabilities under the Equalities Act 2010:

What are the indicators for a neurodivergent condition?

Neurodiversity can often be undiagnosed into adulthood. Some individuals with neurodiversity have been finding ways to cope in their youth which may have manifested as depression, anxiety, low self-esteem and the feeling that they are not as good as others, are slower and need more time to understand instructions. Stress is a big factor associated with the difficulties reported by trainees who may be neurodivergent and this may be a trigger for seeking help - doctors in training who have benefited from a neurodivergent assessment include those who have reported difficulties in the below areas:

How can I find out if I have a neurodiversity condition?

The PSW can offer screening to determine if there are any strong indicators of a neurodiverse condition (this is a series of 40 questions based on the above difficulties and how you function). The screening results will determine if there is a need for a full cognitive assessment to investigate your possible neurodiversity - this assessment is performed virtually by an Educational Psychologist and you will be given a report detailing their findings.

What support is available from the PSW if I may have a neurodivergent condition?

Employers are obliged to put in place reasonable adjustments for employees with disabilities under the Equalities Act 2010. The PSW service can support you with:

What support can I expect from my Training Programme if I have a confirmed neurodiversity condition?

We have developed guidance for both doctors in training and training programmes to assist them in supporting doctors who have a confirmed neurodiversity condition:

I am entitled to support with Access to Work - where can I find out more information?

What is Occupational Health?

If you are suffering from a disability or physical or mental health condition be it long-term or newly developed you may benefit from an Occupational Health (OH) assessment. OH assessments aim to mitigate any potential risks in your training that are likely to give rise to or exacerbate any health issues. An OH consultant will review your case and provide a report to your employer relating to any recommendations for reasonable adjustments to your training programme.

You may already be able to access Occupational Health assessments via your employer. However if not, the PSW team can help refer you to an OH consultant who work with us to complete assessments for trainees. Our consultants work in occupational medicine and have vast experience of postgraduate medical training.

Please note that GP doctors in training should access Occupational Health assessments via the Single Lead Employer: Welcome to Health, Work and Wellbeing

Coaching can be defined as unlocking a person's potential to maximise their own performance. The aim of coaching is to find holistic and personalised ways to manage challenges both in your work and home life. It is a journey where the process of learning is as important as the knowledge and skills gained.

Many doctors in training feel coaching has helped them with:

We use a wide range of external providers who deliver up to 8 hours of free one-to-one coaching support. Whilst not clinicians, our providers have vast experience of supporting doctors in training progress with their postgraduate medical training. 95% of doctors completing feedback felt that coaching helped them overcome barriers with progressing with their training. The support is flexible and will be tailored to your individual needs.

Counselling can be defined as the provision of professional assistance and guidance in resolving personal or psychological problems. Counselling is a form of talking therapy. As a doctor or dentist in training you may be struggling to cope with hardships in your personal life alongside the tough demands of your work life. Through counselling you can gain a better understanding of your feelings and thought processes helping you find your own solutions to the challenges you are facing.

Doctors in training will access counselling services commonly due to:

We use a wide range of external providers who deliver one to one support for 6 hours of counselling.

Whilst not clinicians, our providers have vast experience of supporting doctors and dentists in training progress with their postgraduate medical training. 95% of doctors completing feedback felt that coaching helped them overcome barriers with progressing with their training. The support is flexible and will be tailored to your individual needs.

Further resources and sources of support can be found here, including careers support, guidance for trainees in financial difficulty, support for doctors under investigation, coping with Covid-19 and useful links to support offered directly by Professional Associations and Colleges, Medical Support organisations, and national charities.

We also have some professional support courses found here. Topics include:

These are SuppoRTT courses and as such, some elements may be aimed at trainees returning to training after a period of absence.  However, the majority of the content is suitable for any trainee and all trainees are entitled to book on.  If you want to find out more about the courses please contact SuppoRTT.em@hee.nhs.uk